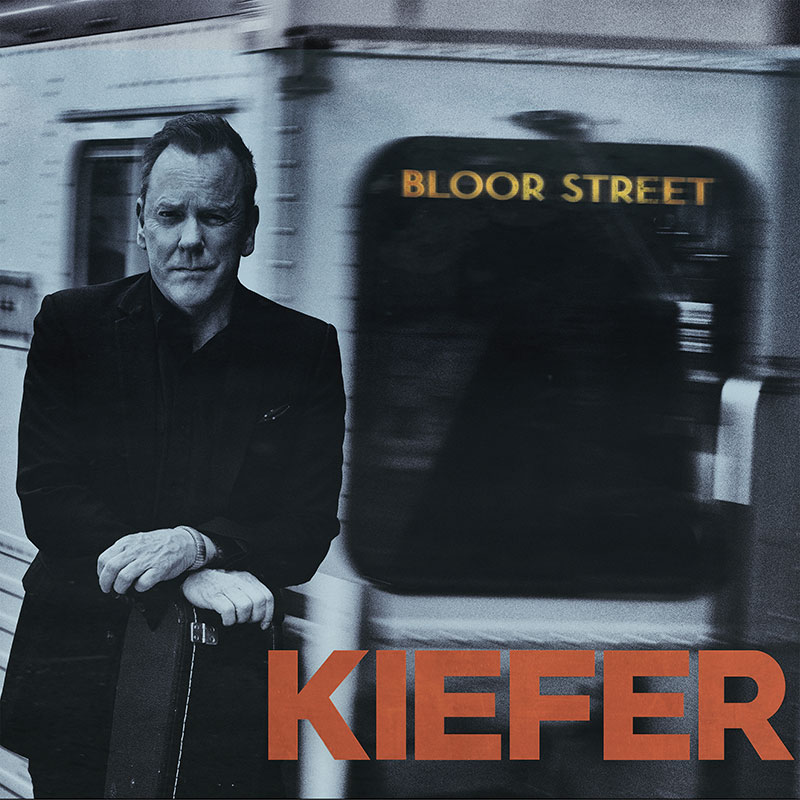 THE NEW ALBUM BLOOR STREET IS OUT NOW
LISTEN HERE.

“Kiefer has pulled off the gearshift from Hollywood royalty to acclaimed singer-songwriter.”
– Guitarist

“Kiefer Sutherland’s third album is set to cement his reputation as an accomplished musician.” 4/5
– NARC.

“The musicianship is there in bucketloads no doubt about it…it his best LP to date.” 8/10
– Rock ‘n’ Load

(Toronto, ON – January 21, 2022) – Kiefer Sutherland today unveils his eagerly anticipated third studio album Bloor Street. Launched with an interview on this morning’s Zoe Ball Breakfast Show on BBC Radio 2 and previewed last night with an interview and session for Bob Harris, Bloor Street follows his 2019 album Reckless & Me, which debuted at #9 on the Official Album Charts, and simultaneously topped the Americana, Country and Independent charts.

As indicated by the recent singles “So Full Of Love”, “Two Stepping In Time” and the title track, the album finds Kiefer navigating a range of emotions, from romance to nostalgia and from heartache to imaginative fictional narratives. While it explores a spectrum of moods and sonic influences, it’s united by the grit, pure feeling and authenticity of his voice together with his consistently compelling songwriting.

The album was produced and mixed by the multiple Grammy Award winner Chris Lord-Alge (Keith Urban, Carrie Underwood), and recorded at PLYRZ Studios in Los Angeles.

Kiefer says, “Writing and recording this album was a unique experience given the pandemic and subsequent restrictions that followed. I found myself, like so many, with a block of time that I had never been afforded before, which allowed me to not only reflect upon my life but also to write about it. Music has always been a personal extension of storytelling for me. I couldn’t be more excited to share these new songs.”

Kiefer boosts the album’s launch as he today also shares a new video for the song ‘Chasing The Rain’. Effectively a love letter in song written to bridge the distance with a loved one while on tour, its poignancy is heightened by the simplicity of the visual. It collates exhilarating live footage alongside behind-the-scenes clips of Kiefer’s adventures on the road.

His huge UK and European tour in support of Bloor Street is currently in the process of being rescheduled. Expect new dates to be announced soon. In the meantime, Kiefer is sharing a series of solo acoustic performances of every song from the album, alongside his reflections on the experiences and stories that inspired each one. All of the performances to date can be seen HERE.

From Lost Boys and Stand By Me to 24, everyone knows about Kiefer Sutherland’s phenomenally successful acting career. Yet in recent years, he has focused on applying his masterful storytelling ability to music, with Bloor Street following two acclaimed albums which delved deep into the worlds of country and Americana.

In addition to his music career, Kiefer Sutherland will be returning to our screens soon. He features alongside Chris Pine and Ben Foster in the upcoming film The Contractor (previously titled Violence of Action), and will play Franklin D. Roosevelt in the limited series The First Lady in a cast that also features Viola Davis and Gillian Anderson. 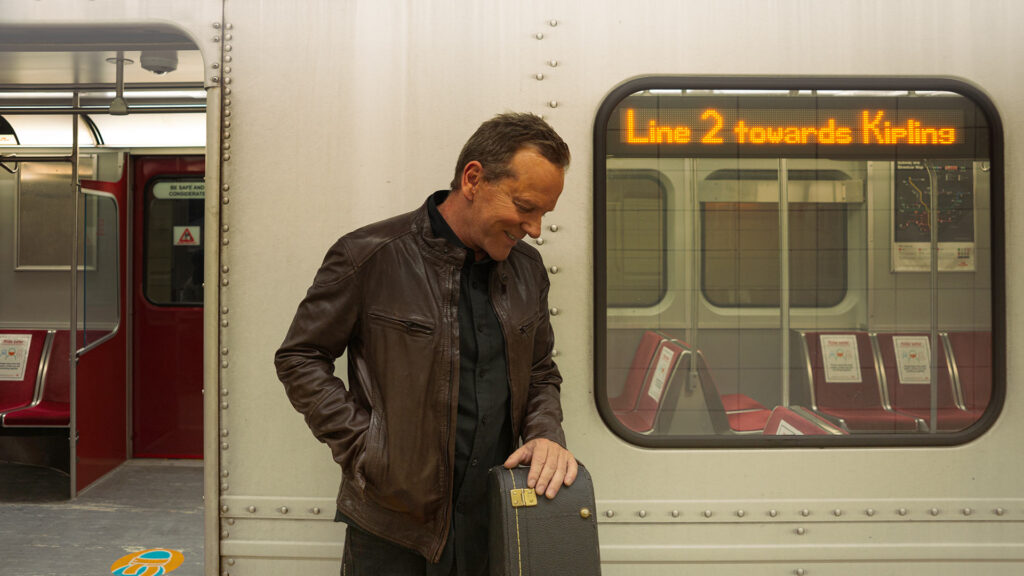 THE TITLE TRACK TO HIS NEW ALBUM, WHICH FOLLOWS ON JANUARY 21ST

(Toronto, ON – October 1, 2021) – After announcing details of his upcoming third album Bloor Street, as well as an extensive UK and European tour, Kiefer Sutherland today shares the album’s new single and title track, along with its full tracklist. The Bloor Street album is set for release on January 21st via Pheromone Recordings.

The “Bloor Street” single provides a taste of what to expect from the album. A serene country-tinged rock ballad, “Bloor Street” finds Kiefer reflecting on his time growing up in Toronto,taking in the rush of the city alongside its biting winds and iconic skyline. The details are specific to the city, but the broader meaning is universal: wherever we grow up inevitably plays a part in shaping our future.

The single is released alongside an accompanying video. Directed by Tom Kirk at Hidden Road Studios, it extends the song’s poignant sense of nostalgia. Interspersed between cuts of Kiefer’s performance of the track are a montage of images of snapshots from Toronto’s history. That tender mood is enriched by personal photographs of Kiefer, dating all the way back to childhood.

Kiefer says, “They say you can never go home. This song, for me, says in your heart you never leave.”

The Bloor Street album presents a rich variety of sounds. “Two Stepping In Time” ups the tempo as Kiefer steps boldly into heartland rock territory to tell a story of a love that changes everything – a theme which he extends with both ‘So Full Of Love’ and “Chasing The Rain”. There are bigger surprises elsewhere, with the surprisingly tender “County Jail Gate” telling the tale of a life-long criminal who can’t stay out of prison, while the brighter production of “Goodbye” struts with a swaggering Stax R&B groove. Kiefer brings the curtain down on the album with “Down The Line”, a touching duet which brings heartache and hope in equal measure.

The album was produced and mixed by the multiple Grammy Award winner Chris Lord-Alge (Keith Urban, Carrie Underwood), and recorded at PLYRZ Studios in Los Angeles. It was then mastered by Ted Jensen at Sterling Sound.

Bloor Street is available to pre-order here. A range of limited edition signed ‘Bloor Street’ bundles are available, while formats include CD, black vinyl, a limited edition transparent orange vinyl, and an orange cassette. Two new variants are also launched today: a vinyl that’s exclusive to HMV, and a signed CD that’s only available via Amazon.

Tickets for his 2022 ‘Chasing The Rain’ tour are on sale here. The month-long tour includes his biggest shows to date in the UK and Ireland.

From Lost Boys and Stand By Me to 24, everyone knows about Kiefer Sutherland’s phenomenally successful acting career. Yet in recent years, he has focused on applying his masterful storytelling ability to music, with two acclaimed albums spanning a spectrum of country and Americana. His second album, 2019’s Reckless & Me, proved to be particularly popular in the UK. It debuted at #9 on the Official Albums Chart, and went straight to #1 on the Americana, Country and Independent album charts. It eventually became the UK’s second biggest selling country album of the year.

In addition to his music career, Kiefer Sutherland will be returning to our screens soon. He features alongside Chris Pine and Ben Foster in the film Violence of Action, and will play Franklin D. Roosevelt in the limited series ‘The First Lady’.