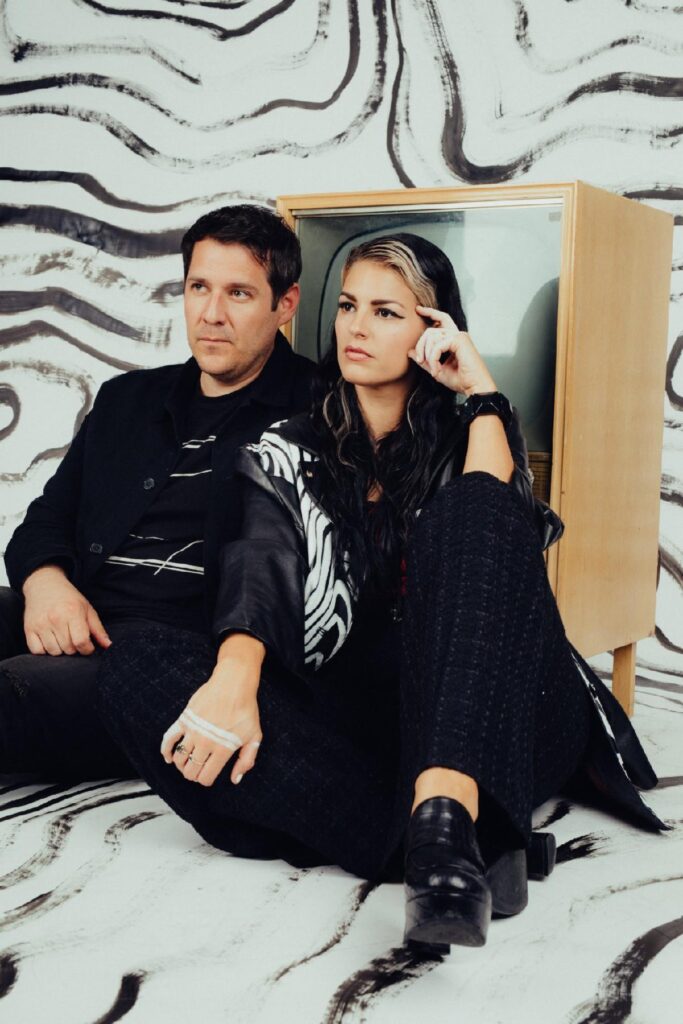 DEAR ROUGE SHARE “MEET ME AT THE RIO” VIDEO

(October 27, 2022) – Vancouver alt-rock duo Dear Rouge’s latest radio single “Meet Me at The Rio” is currently sitting in the Top 20 on the radio charts, and today the band has shared a brand new video for the single.

Filmed this summer, the video features live clips from the band’s tour opening for Metric, along with clips of Danielle performing, dancing, and running through the stands at the actual Rio Theatre in Vancouver! On the track, and video, lead singer Danielle McTaggart says, “We wrote “Meet Me At The Rio” to celebrate the live music experience, using The Rio Theatre as a brick and mortar place to inspire the lyrics. Not to mention we love it there. Filming the last part of the video at the actual venue brought it all together. Filming there was amazing! The venue is a staple in Vancouver and we’ve had several nights celebrating art and culture there. So it was not hard to get into the vibe and have fun dancing through the seats and on the balcony.

WATCH “MEET ME AT THE RIO”

Dear Rouge will hit the road this fall with a headline tour across Canada with dates in Toronto, Ottawa, Calgary, Red Deer, Vancouver and more. See below for a full list of tour dates. Tickets on-sale now- more info here.

Spirit, which was released this past spring has earned the band rave reviews including Exclaim, Monte Cristo, Northern Transmission, and more! The album also features singles “Fake Fame”, alongside “Gimme Spirit”. 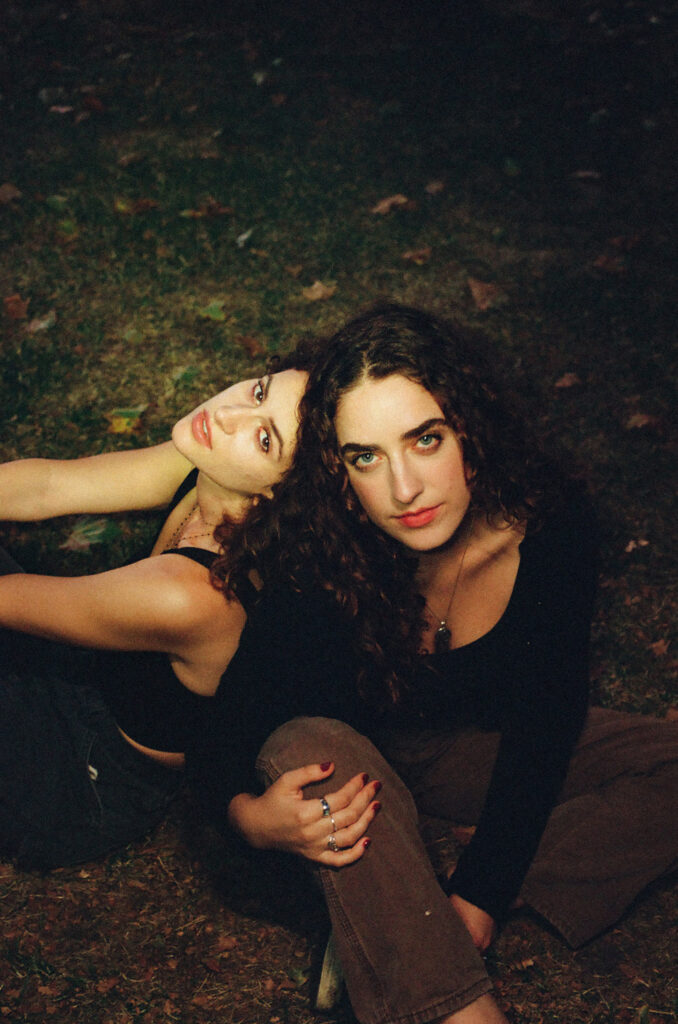 “[Tommy Lefroy are] reclaiming power in womanhood and queerness.” – NPR

(Toronto, ON – October 21, 2022) – Today, Tommy Lefroy release their brand new single ‘Jericho Beach’ – a gorgeous acoustic reverie bloom into a widescreen coming-of-age epic named after the Vancouver beach, a kind of sandy boulevard of broken dreams where, as the lyrics say, “the pavement is a portal, and I’m 16 and I don’t know how to handle being mortal…”. It follows their last track ‘Dog Eat Dog’, a bruising, satirical take on the women-as-rivals theme with a fitting video echoing Joan of Arc, as the second single to be released from their upcoming project.

Rebellious candour, existentialism, and friendship are at the crux of what drives and motivates Tommy Lefroy, the songwriter, producer and artist project by Wynter Bethel and Tessa Mouzourakis. Described as a “band for our fever dreams,” it was a series of sliding doors moments and necessity – with both women 5000 miles apart and facing cataclysmic shifts in their romantic and everyday lives – that brought Tommy together. Bonded by literature and lyrical precision, the name Tommy Lefroy was born out of Jane Austen’s real-life Mr Darcy – the original 19th-century fuckboy Thomas Langlois Lefroy – a man who broke the author’s heart. Tommy Lefroy’s mission? To subvert the broken woman trope and become heroic lead characters themselves. From meeting in Nashville in 2018 to continually crossing paths at house parties, when Tessa went to see Phoebe Bridgers’ supergroup Boy Genius play in her hometown Vancouver, she watched in awe and thought: “I want this, I can do this.” She posted a cover of their song “Ketchum, ID” on her Instagram story and Wynter responded: “Can we start a band?”. Both strong and “laughably existential” female characters in their own lives, and together, a musical powerhouse with an enduring soul connection, the band moved to London and released their debut EP Flight Risk in 2021, a sonic haze of ethereal, storytelling, which has amassed over 20 million streams and included breakthrough single ‘The Cause’.

“’Jericho Beach’ started as a hypothetical coming of age story–we wanted to pull from collective experiences to offer this portrait of growing up, afraid of changes but in awe of possibility, especially early love. Jericho Beach (depicted in the cover art), is a beach Tessa grew up near in Vancouver, where kids went to learn how to park, to have parties, to kiss and to break up.”
– Tommy Lefroy

Connecting with young female fans through perseverance, honesty, and lyrics that move you, make you cry and make you angry, the best friends have already won fans at NME, NPR & Rolling Stone and now have over 2 Million monthly listeners on Spotify. For a project that started over Zoom in a dark time when collective effervescence was taken away, seeing the tangible effect their music has had on fans this summer at live shows has blown Wynter and Tessa away.

With queues around the block for their performance at The Great Escape, and a summer of sold-out tours and festival triumphs, with fans singing back every lyric from Flight Risk, they have just completed a headline tour across the US and have recently announced they will be opening for Samia across Northern America in early 2023.

Built as an anchor to get them through uncertain and tumultuous times, the project has felt like an act of rebellion against the constraints and expectations they had of themselves, derived from societal expectations of what it means to be a woman, especially in music. Capturing care-not independence in their lyrics and a do-all approach to their creative process they find inspiration from unapologetic female storytellers like poet, Anne Carson, as well as Joni Mithcell, Patti Smith and Phoebe Bridgers, and creative contemporaries Sharon Van Etten, Samia & Haim. As multi-instrumentalists and producers, they excel in sculpting a dreamscape sound from finespun acoustics, fuzzy, distorted guitars and experimenting with everyday details from the world around them.

The stories they’ve written for each other, for their friends, and for the lovers who left, detail the storms of tearaway youth, stumbling in and out of love, and finding humour along the way. Cerebral, funny, profound, and prone to apocalyptic thinking, Tommy Lefroy are a safe space for messy minds in a world spun out of control. 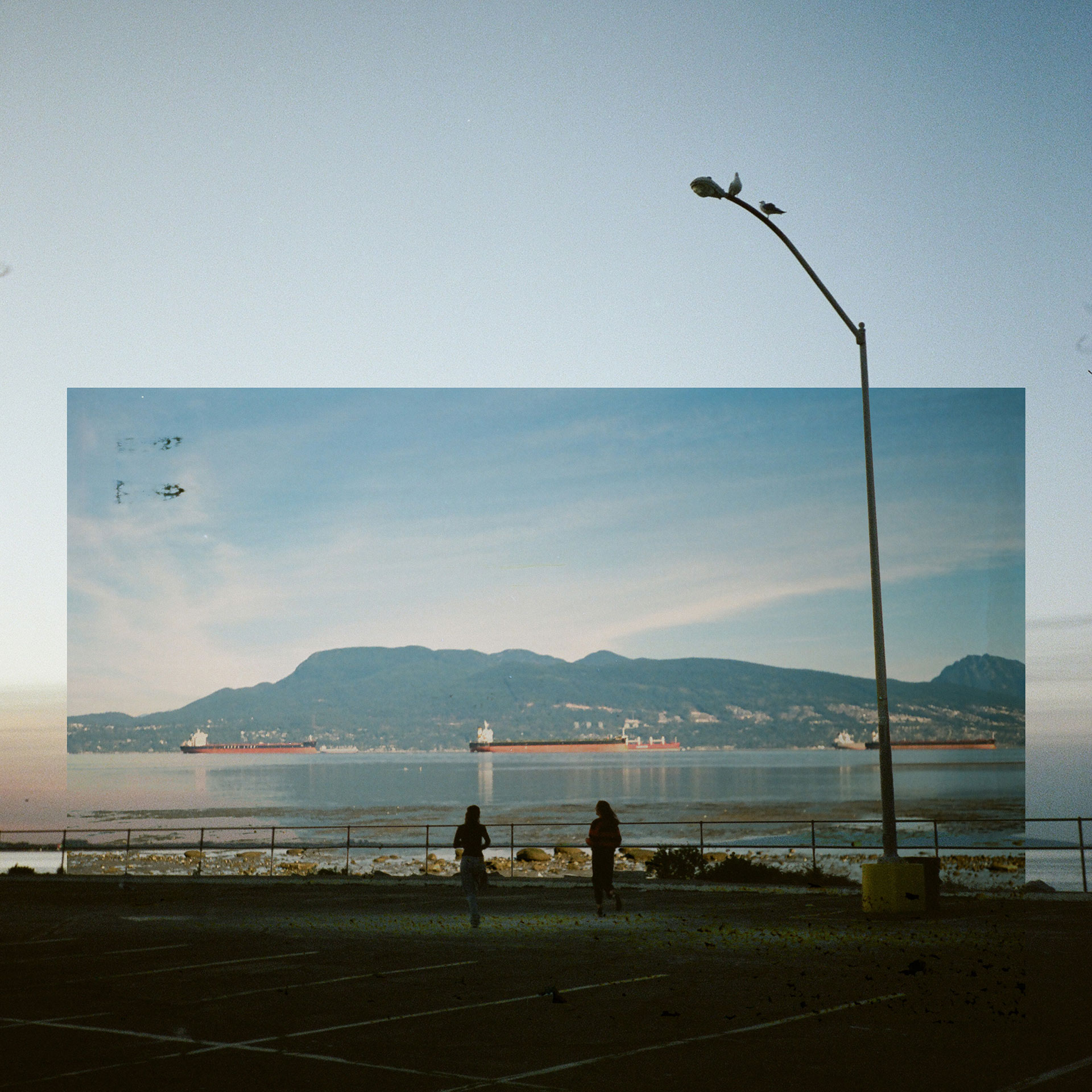 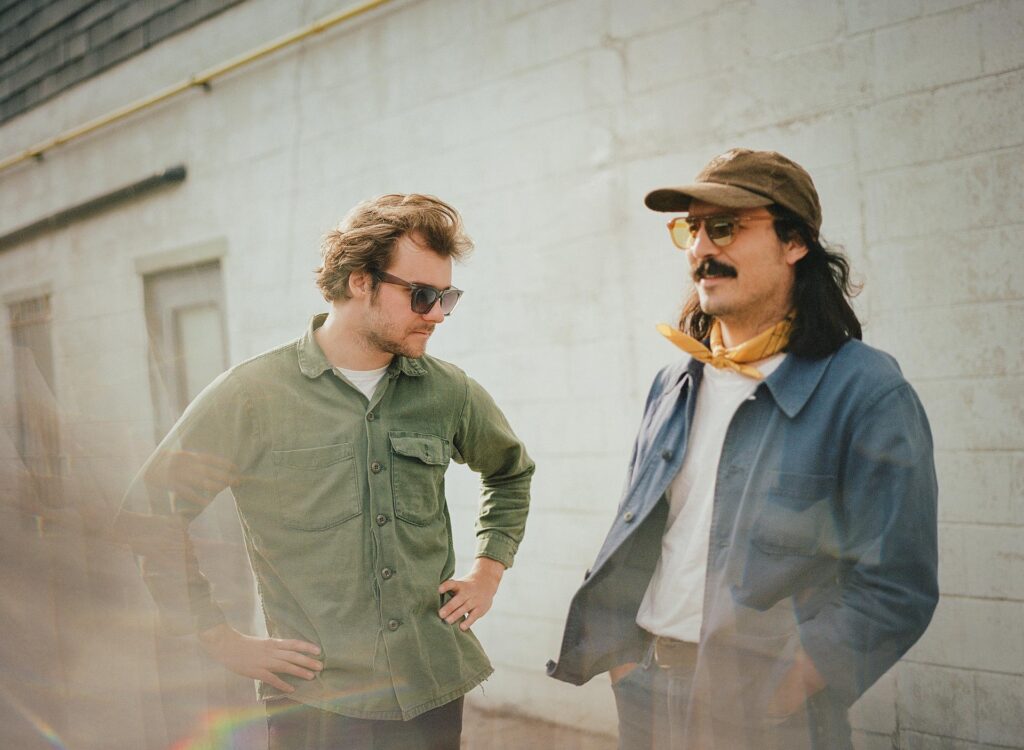 ON UK TOUR NOW WITH THE FEELING

(Toronto, ON – October 18, 2022) – Today, Altameda share very special live versions of their acclaimed full-length Born Losers. Born Losers Live consists of two live sessions – the first an acoustic set in Chicago at the Old Town School of Folk from the tour opening for the legendary Zombies this past summer. And the second is a live in-studio session where they performed with a 9-piece band at Taurus Studios in Toronto.

Describing the inspiration on releasing a live version of album, the band explain, “Since the majority of these songs were developed from a simple acoustic guitar and vocal melody, we feel that they are malleable, and can be represented in many different capacities. There is not one definitive version, and we feel that each recording and arrangement showcases and evokes a different set of emotions. With this offering, we hope to provide new context to the material for the listeners, and we hope that you enjoy it.”

The band have been back doing what they do best and performing live throughout 2022 with festival appearances at the likes of SXSW, Edmonton Folk Festival, and Americanafest and now, the band are set to open for The Feeling across the UK starting tonight in Glasglow! See below for full list of tour dates.

Born Losers has received critical acclaim from the likes of Americana UK, giving the album a 9/10, Shindig giving it 4 stars, and features on NPR, BBC, and in FLOOD Magazine; the singles have also been featured on numerous playlists including Apple’s Wax Eclectic and Spotify’s Fresh Folk, Folk & Friends and Chill + Atmospheric. Under the Radar premiered the band’s track “Wheel of Love,” saying “the track finds the band reflecting on the constant passage of time, but where [“Dead Man’s Suit”] meditated on mortality, here the band explores the titular wheel of love. Troy Snaterse and Erik Grice recall moments of fondly remembered joy, calling to mind vignettes with friends, family, and lovers and tracing them through the years. Meanwhile, keening pedal steel and gorgeous strings back the pair’s nostalgic reverie, evoking the warmth and comfort of the song’s treasured memories.” 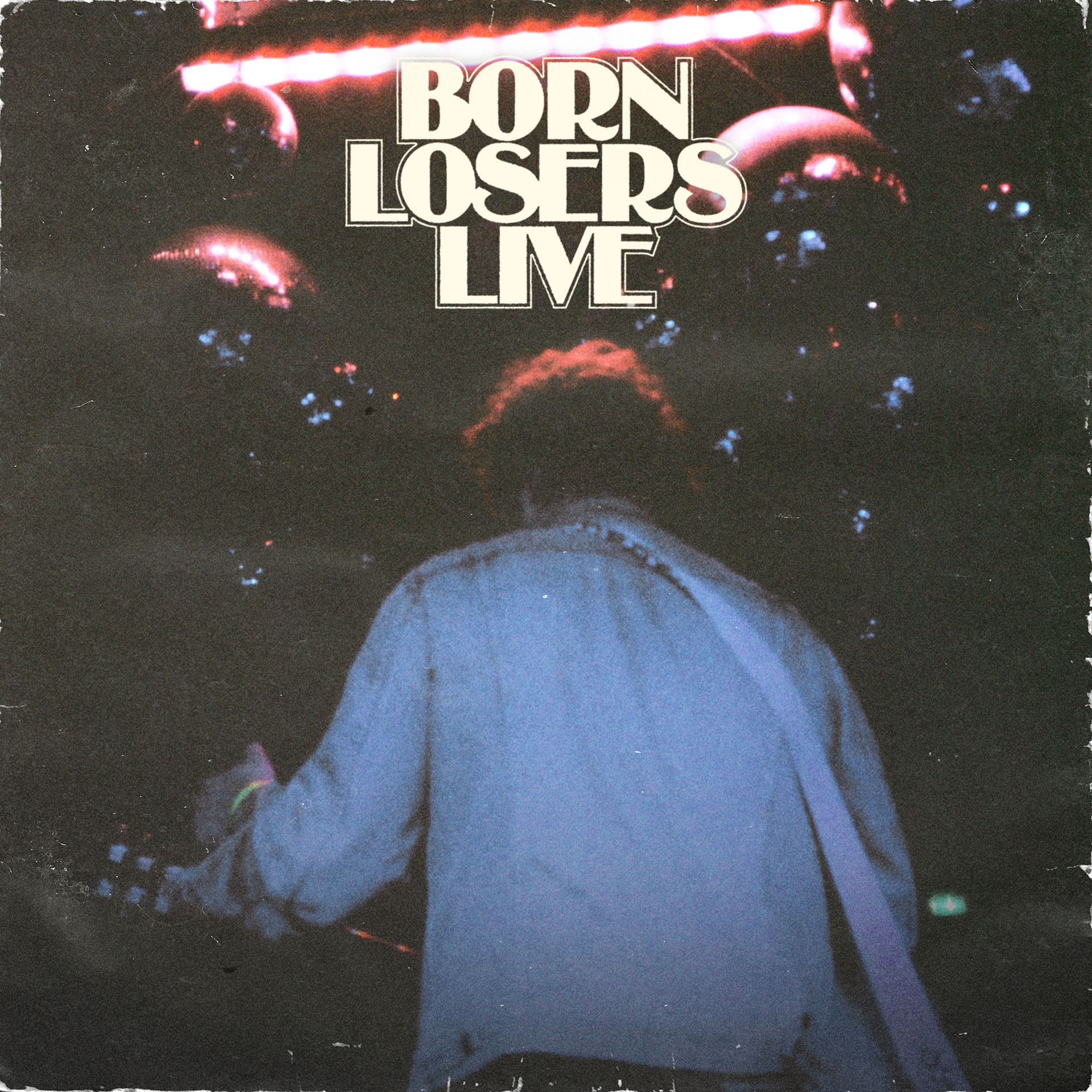