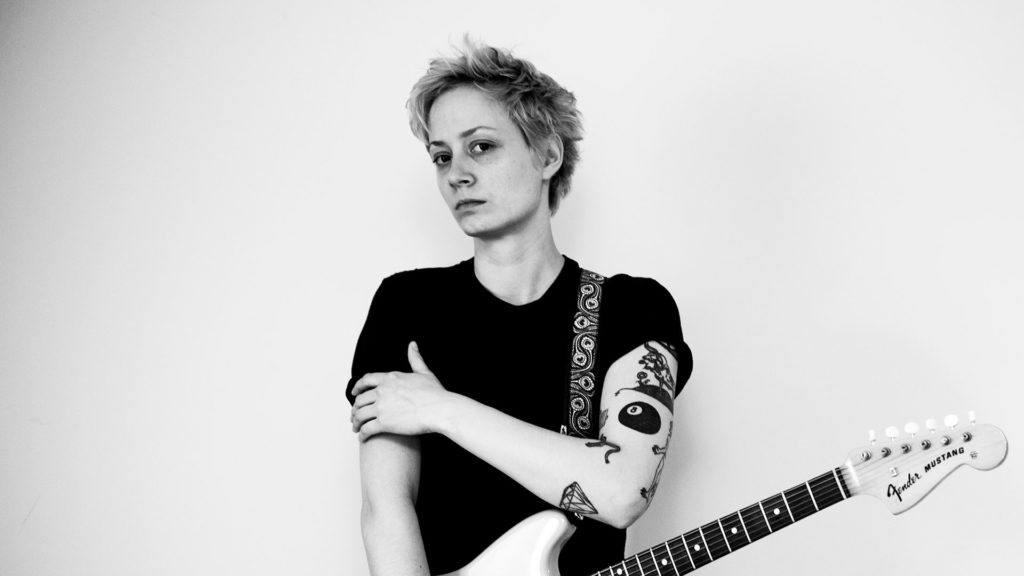 Lyric video “If You’re Not Dead” released today
TORONTO, June 7, 2017 – This is the year that Mo Kenney plugs in, quite literally. The award-winning artist from Dartmouth, Nova Scotia, Canada is releasing The Details due September 29, 2017 via Toronto imprint Pheromone Recordings.

Today marks the release of “If You’re Not Dead” the first song off The Details, which was premiered on tastemaking open-format radio show The Strombo Show this past Sunday night on CBC Radio Two in Canada. The new song shows Kenney’s vocals soaring above an assured bent guitar line and a driving kick drum, setting an accelerated tempo and tone for a new set of songs far removed from the confines of the singer-songwriting world where she first became known and adored. Find it here on all streaming sites (and below in the brand new lyric video.)

Mo Kenney’s numerous achievements for her songwriting and music are impressive for an artist who began releasing and touring less than five years ago: 2013’s Society of Composers, Authors and Music Publishers of Canada Prize for her song Sucker, the USA Songwriting Competition’s 1st Place Winner (Folk) for I Faked It, numerous Music Nova Scotia and East Coast Music Awards, a Canadian Folk Music Award and a JUNO award-nomination.

With The Details, Mo Kenney traces her own strange, devastating, and ultimately hopeful trip through the trials and tribulations of booze-fuelled breakdowns, clouds of depression, and disintegrating relationships. It’s a journey, thankfully, that finds Kenney sailing to calmer seas, closing gently on the sparse, clear-minded “Feelin’ Good.” But the storms weathered to get there are the kind that leave lasting scars. The self-destructive drive of “On The Roof” explodes out of the gate with blistering intensity. “June 3rd” channels the late Elliott Smith with spectral atmospheres as Kenney comes to terms with her alienating behaviour. And the vicious, rollicking “If You’re Not Dead” shows her playing mind games over feral guitar solos and biting hooks. With every track, Kenney unflinchingly confronts her annihilation and eventual redemption, leaving nothing out. Combining elements of bruising rock ‘n’ roll, vivid psychedelia, and haunting, left-of-the-dial pop, The Details documents Kenney’s fight to survive her own worst enemy.

She explains, candidly, “The Details is a fourteen song concept album. The album starts off kind of hopeless and gets progressively more optimistic. This album is the details of coming out the other side.”

Mo Kenney just returned from touring the United Kingdom. Follow along here to see her live. More tour dates will be announced.