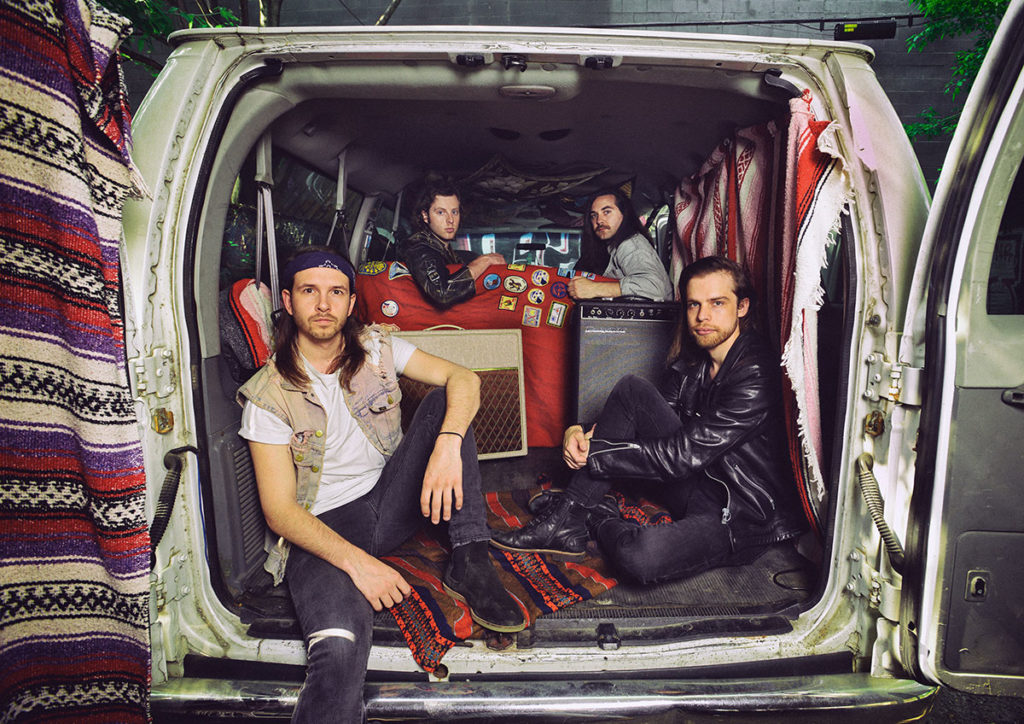 TORONTO, JUNE 8, 2018 – Last week a phone number began mysteriously appearing on social media and posters throughout several major cities including LA, New York City, Toronto and Vancouver. Those who followed their curiosity were rewarded with brand new song “Mindmaker” from indie-psych outfit Lost Cousins. Listen to the track by dialing in or listen online here!

About the track the band says “ ‘Mindmaker’ is the first song we wrote after coming to grips with the transition of moving to a new city. It’s about overcoming the stresses and struggles of adjusting to a different community.” Fully embracing every element of the creative process, the band self-produced the track and their entire upcoming record. They also incorporated captivating visual artwork, working with Indonesian graphic artist Jati Putra. “We discovered Jati Putra’s work online and loved how his aesthetic combined dynamic landscapes with surreal imagery. It was awesome collaborating with someone on the other side of the world, as Jati brought a unique perspective to the artwork and how it could embody our sound.”

For the indie-psych rock outfit, grappling with life transitions—and the domino effects of those choices—is at the core of their sprawling, celestial-sounding self-produced debut LP to be released in early 2019 via Pheromone Recordings.

The band will be playing a handful of live shows this summer – check out full list of tour dates below.