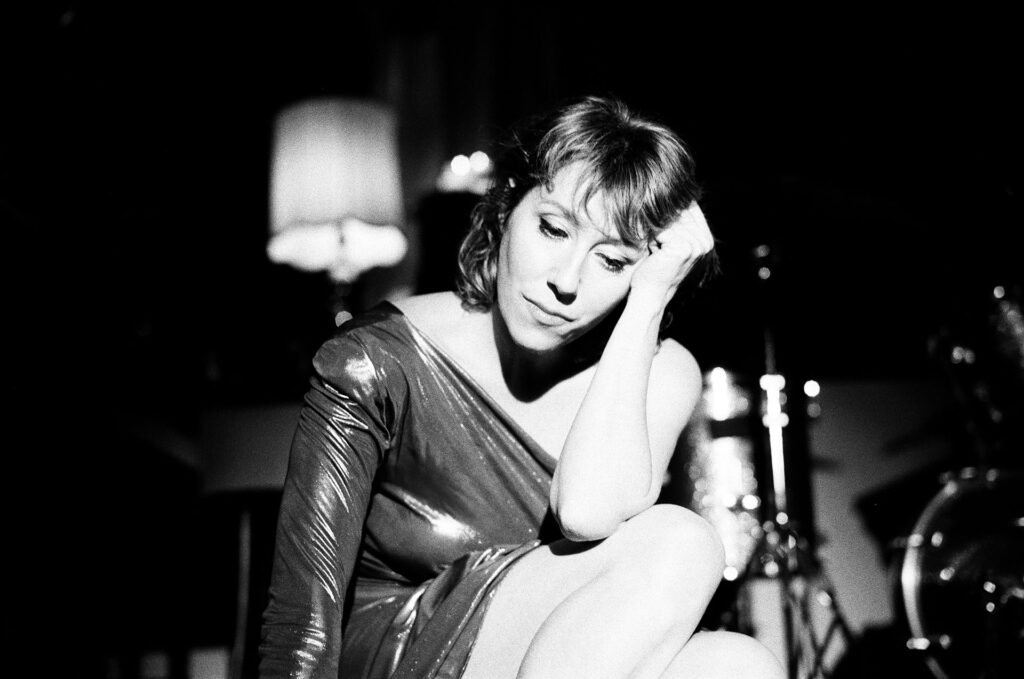 May 5, 2022 Dinner At Eight, Love Will Be Reborn Deluxe, Martha Wainwright, Stories I Might Regret Telling You

“[T]he tenor of [Stories I Might Regret Telling You is] acerbic, often hilarious and more candid than it should be. . . . But that’s Wainwright, and her transparency is the book’s golden ticket. . . .”
– The Guardian

“First off, the cheeky title of Martha Wainwright’s memoir, Stories I Might Regret Telling You, is not clickbait. That an early draft of the book was used against the author in her divorce battle is indicative of her honesty. . . . Anyone familiar with her infamously expletive-laced 2005 song about her father knows she can succinctly (if indelicately) get her point across. . . . Her personal story reverberates.”
– The Globe and Mail

“With disarming candor and courage, Martha tells us of finding her own voice (one, in my opinion, without peer) and peace as a working artist and mother. Her story is made more unique because of the remarkably gifted musical family she was born into.”
– Emmylou Harris

“I turned the last page and felt like I had made a new friend, the kind you wish you were cool enough to have but never had the courage to pursue. My only disappointment? Her memoir wasn’t long enough. I can’t wait for volume two.”
– Jann Arden

(Toronto, ON – May 5, 2022) – Last month, singer/songwriter Martha Wainwright released her highly anticipated memoir Stories I Might Regret Telling You and within a week of release, it was included on The National Best Sellers list. To accompany the release of her memoir, Martha released the digital deluxe edition of her latest album Love Will be Reborn earlier this month. A companion to the memoir, the five new tracks are talked about in the memoir, including 4 covers of her family’s songs and a reimagined version of the title track.

Today, she shares the stunning live video of her version of Rufus Wainwright’s “Dinner at 8” – stream/share the video below.

“Recorded at URSA in front of a small audience of friends these are songs that I talk about in my memoir Stories I Might Regret Telling You. They relate to family and its complexity, as well as pain, feelings of loss, and ultimately forgiveness and acceptance. I have heard them my whole life and now I have the chance to sing them. Recorded in a live setting and in a very striped down and exposed way, with my good friend and wonderful piano player Edwin de Goeij, we had only just learned to sing and play them and are exploring with the listener in the moment. A sometimes bumpy and emotional ride, these recordings are about the words and the meaning. The songs speak for themselves and they are songs of our time about modern family and some of the trials of life.”

Born into music royalty, Martha is the daughter of folk legends Kate McGarrigle and Loudon Wainwright III and sister to the acclaimed singer Rufus Wainwright. This powerful and beautiful memoir is brutally honest, raw and brave. Martha does not hold back, openly sharing her personal struggles. It’s deeply moving, personal and revealing.

Fans and critics have praised Love Will Be Reborn, including positive reviews from American Songwriter, Pitchfork, Le Devoir, Spin, UNCUT, The Toronto Star, and more! Like most records in the past two years, Love Will Be Reborn was made during the pandemic and recorded in Wainwright’s hometown of Montreal, in the basement of her brand-new cafe, Ursa, which also served as a studio. Enlisting the help of Toronto musicians Thom Gill, Phil Melanson, Morgan Moore and Josh Cole and producer Pierre Marchand, best-known for his collaborations with Sarah McLachlan producing some of her iconic 90s songs. Marchand also has a familial connection to Wainwright, having produced her brother Rufus’s second album Poses as well as Wainwright’s mother and aunt’s record, Heartbeats Accelerating. It was a record made after some time, much like Wainwright’s gap since 2016’s Goodnight City, and McGarrigle was the same age that Wainwright is now. It seems like a musical synergy only the late McGarrigle and Wainwright could have.

Praise for Love Will Be Reborn

“She frequently weaponizes her voice, snarling and howling her pain into the ether…What an extraordinary artist Martha Wainwright is.’”
– The Independent ****