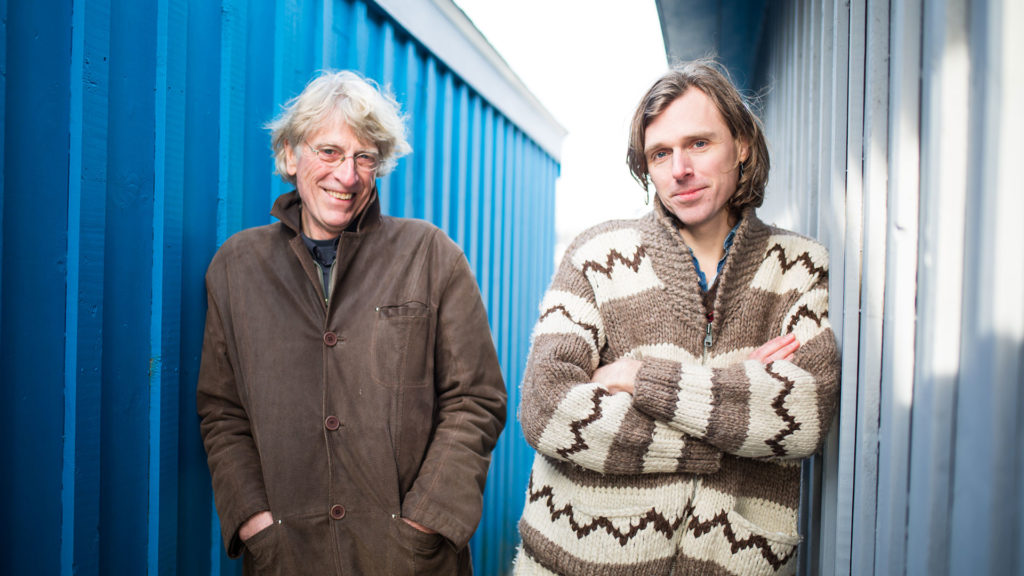 THE SOLIDARITY TOUR CONTINUES THIS WEEK WITH SPECIAL GUEST MAYHEMINGWAYS

“as cohesive as it is diverse…consistently impressive” No Depression

“Bill and Joel Plaskett get it right” NOW Magazine

“passion and prowess are evident throughout …beautifully shared vision” Exclaim!

“the most explicit folk foray of the Halifax musician’s career – built in his co-headlining father’s image, soaked in traditional sounds from both shores of the Atlantic” The Globe And Mail

Joel Plaskett and his father Bill Plaskett are just getting started on their cross country tour supporting their new collaborative album, Solidarity. Accompanying them on tour is Peterborough’s own Mayhemingways who also joined Bill and Joel in studio at Revolution in Toronto to capture the new video for “The Next Blue Sky.” The video was directed, edited, and captured by multiple JUNO Award winning veteran musician and producer Michael Phillip Wojewoda (Spirit Of The West, Rheostatics, Barenaked Ladies), who also recorded and mixed the live audio. Wojewoda is a long time fan of Joel’s however, this video marks the first time the two have worked together.

“The Next Blue Sky” is a song about heading West and looking for greener pastures. “This song is close to my heart these days,” says Joel. “Farewell to Nova Scotia while we hit the road, chasing the next blue sky.”

Out now via Pheromone Recordings, Solidarity is a powerful collection of original and traditional songs, reflecting the duo’s individual journeys and personal politics. From the introspective opening track “Dragonfly,” a song about a paranormal experience that Joel had, to “On Down The River,” Bill’s closing track about leaving his home in England, the album is grounded in folk music but informed by rock and roll history.

The 11 songs on Solidarity are varied and personal, yet expressive of interconnecting themes.

Folk-based political songs like “We Have Fed You All for a Thousand Years” and “Jim Jones” sit side by side with contemplative love songs “No Sight Compares” and “New California,” a touch of rockabilly country blues “Help Me Somebody Depression Blues,” and more fully arranged folk rock songs of contemporary social commentary “Blank Cheque.”

Solidarity is a surprising and unique album, full of strong guitar playing and thoughtful, accessible songs. An excellent addition to the Plaskett catalogue and hopefully the first of many for the Plasketts.

Apr 7 – Hamilton, ON – The Studio at Hamilton Place

May 4 – Paris, ON – Dominion Telegraph