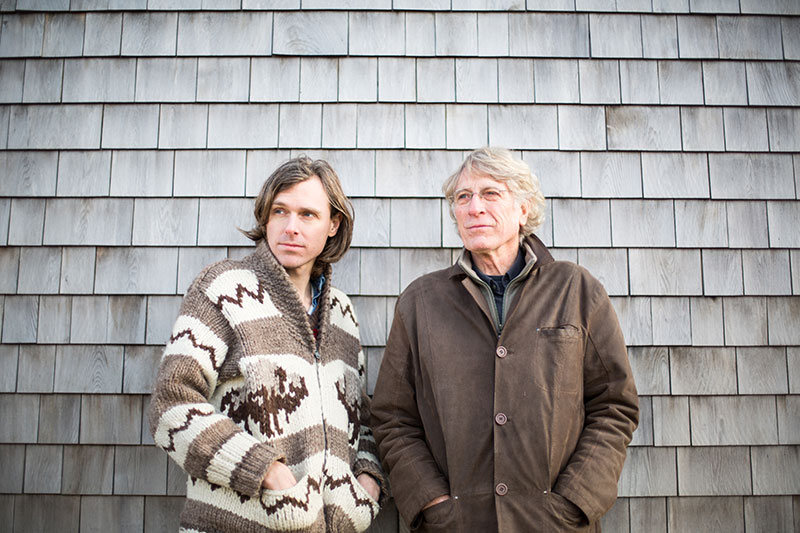 LISTEN TO AND SHARE “THE NEXT BLUE SKY” HERE

Many Canadian music fans know Joel Plaskett from his multiple JUNO Awards, nominations on the Polaris Music Prize Short List, and sold out clubs and concert halls from one side of the country to the other. But, in 2017 he’ll be sharing the spotlight with his earliest musical influence – his father Bill Plaskett.

In support of their upcoming collaborative record, Solidarity, the father and son pair are ready to take their new sound on the road for a string of tour dates beginning March 15 with special guests, Mayhemingways. This week, the duo have announced a stop at Toronto’s storied Massey Hall on April 8 as part of the fourth season of the concert and concert-film series Live At Massey Hall. Tickets are on sale today.

As a primer for the performance, Bill and Joel are sharing a new track from Solidarity, “The Next Blue Sky,” a song about greener pastures. “Go west, they say,” says Joel. “That’s been the story out east for years. Chasing some work, a safe haven, or the next blue sky. Or maybe just to get out from the shadows cast by the glassy trade centre they dropped on Argyle Street. The march of progress is no parade.”

LISTEN TO AND SHARE “THE NEXT BLUE SKY” HERE

Set for release on February 17 via Pheromone Recordings, Solidarity is a powerful collection of original and traditional songs, reflecting the duo’s individual journeys and personal politics. From the introspective opening track “Dragonfly,” a song about a paranormal experience that Joel had, to “On Down The River,” Bill’s closing track about leaving his home in England, the album is grounded in folk music but informed by rock and roll history.

The 11 songs on Solidarity are varied and personal, yet expressive of interconnecting themes. Folk-based political songs like “We Have Fed You All for a Thousand Years” and “Jim Jones” sit side by side with contemplative love songs “No Sight Compares” and “New California,” a touch of rockabilly country blues “Help Me Somebody Depression Blues,” and more fully arranged folk rock songs of contemporary social commentary “Blank Cheque.”

Solidarity is a surprising and unique album, full of strong guitar playing and thoughtful, accessible songs. An excellent addition to the Plaskett catalogue and hopefully the first of many for the Plasketts.