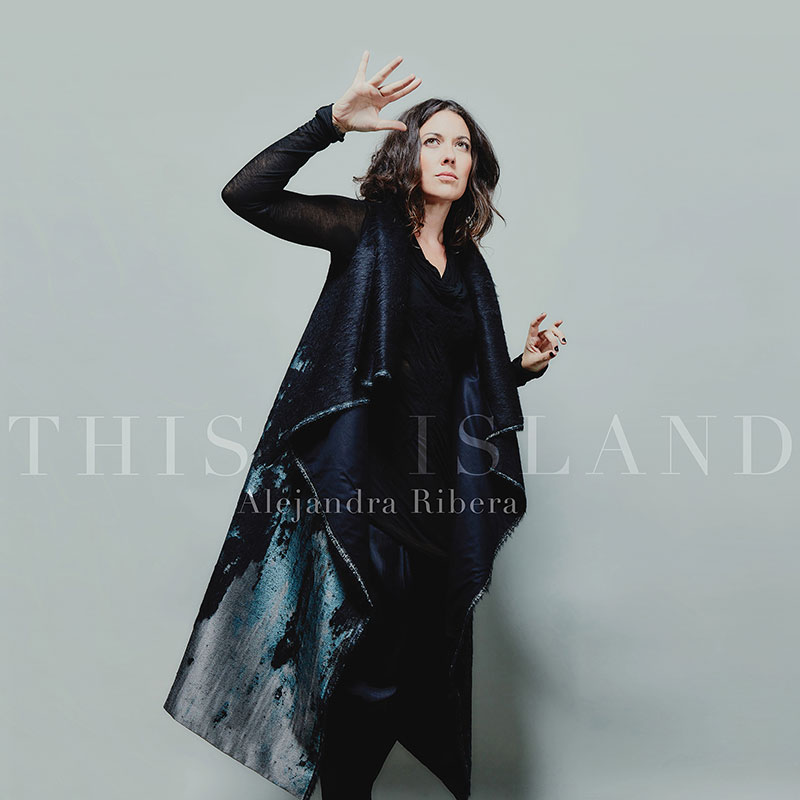 “There is this infinite potential that lies in that moment between suspension and release,” says Ribera. “I wanted to put a sonic microscope on that moment and invite the listener into that intimate space normally reserved for those who create the music.”

“Higher” continues the themes of intimate and infinite. The song “was based on a very funny story that Billy Connolly once told about his theory on God, the nucleus, and the solar system. He says we’re looking at the whole thing through the wrong end of the telescope. In the end he finds out one of the women he’s been talking to is a nun. It’s sort of a joyful, light-hearted song about faith.”

Due out on January 27 via Pheromone Recordings, This Island was recorded at a studio in rural Ontario where she and the band lived and recorded in the depths of winter. “Thirty-five centimetres of snow fell on our first night. I’d often be singing facing the lake which was completely frozen over through the window.” That vast Canadian landscape is audible from the opening track and woven throughout much of the album. Reminiscent of early Damien Rice in its delicate and spacious arrangements we also hear the influence of contemporaries like Rufus Wainwright and Fiona Apple in This Island’s sophisticated melodies.

Ribera’s reputation for raw and emotive vocals has brought repeated comparisons to Tom Waits from the critics over the years. In “Blood Moon Rising” she harnesses that palpable intensity right to the hem with an almost athletic ability that leaves hairs standing on end.

This Island also brings us Ribera’s most accessible and up-tempo songwriting to date, perhaps the feature that most distinguishes it from her previous work. “After my first year of living in France I found myself writing little hymns of gratitude and hearing anthem-like choruses in my head. I think it was a subconscious way of lifting my own spirits when I was feeling homesick. When it came time to record those songs I wanted to have as much fun as possible. Exploit the joy! That’s why I asked Bryden Baird (Feist) to write the horn arrangements – he has this magic touch, it makes you grin.”