Surviving life’s dizzying highs and crushing lows is a cakewalk compared to writing about them. But if you can do it, the results are very often liberating, cathartic, and a gateway to electrifying music. Witness Gord Sinclair’s Taxi Dancers.

The solo debut from the musician best known as bassist and songwriter with Canadian rock legends The Tragically Hip brings several firsts. Chiefly, it’s the first release from a member of the band since the passing of frontman Gord Downie in 2017, an event that united the nation.

Taxi Dancers is a farewell of sorts, fearlessly exploring Sinclair’s despair about losing a lifelong friend and bandmate. But it is also a clear-eyed survey of what’s good in the world, and a profound statement about why sorrow must be viewed in tandem with joy. Both are elemental aspects of living, and music — especially rock music, with its boundless capacity for nuance, shading, and sheer emotional heft — is perhaps life’s purest mirror.

“Despite all the things that go on around us that aren’t that great, life is quite wonderful and you have to believe in that when terrible things happen,” Sinclair says. “You somehow have to find a way to seek out the love you felt that’s still there inside you and let that guide your life.

“I never aspired to be a solo artist,” he continues, “After Gord died, it was like, ‘Wow, I don’t know if I am ever going to do this again.’ But I really missed making music. I’d made music with The Hip since we were kids, and this was the longest period of time where I wasn’t making music. But we certainly were not going to carry on as The Hip without Gord.

“So it became essential to grab hold of the idea that Gord wouldn’t want any of us to stop making music. He was making music right up until the very end. This other group of people stepped in to help me. Gord would have wanted me to have something important to say. That’s what I tried to do.”

That intention is superbly executed on Taxi Dancers, which fluently moves between candlelit ballads and buoyant pop numbers to flat-out rock scorchers and what can only be termed as a spaghetti Western-style corker (“Take Me to the Moon” which is propelled by galloping baritone guitar), all highlighted by Sinclair’s vivid lyrics.

The album’s unique title, by the way, refers to the Depression-era custom of bringing women into remote communities to dance with men at Saturday Socials. “It’s like the entertainment industry where we’re paid to dance and then move on,” Sinclair notes. “Music is always central when people get together.”

A self-described “band guy” galvanized by collaboration, Sinclair nevertheless wrote (and co-produced) all of Taxi Dancers’ 10 songs while enlisting players with whom he already had a strong musical rapport. They included John-Angus MacDonald of The Trews, a friend since Sinclair co-produced that band’s 2011 Hope & Ruin album, and famed engineer James McKenty whose former band the Spades was also produced by Sinclair.

In addition to adding guitar and serving as sounding boards, MacDonald and McKenty respectively co-produced and recorded Taxi Dancers during three relaxed three-day sessions at Sinclair’s Kingston home, which was converted into an ad hoc studio during summer 2019 for the purpose.

“The Bathouse is too busy these days,” Sinclair howls when asked why he didn’t record at the renowned Hip-owned studio in quaint Bath, Ontario. “Plus John-Angus and James are family guys so we wanted to make it easy. James hauled a bunch of gear down here. It was casual, we barbequed, made music, had fun.”

“Gord texted me in spring 2019 asking if I wanted to make a record with him and James,” John-Angus MacDonald recalls of the project’s start. “I was totally excited. I know how talented he is. And I know he was a pivotal songwriting ingredient in his band. Also exciting was the idea that he was going to do something post-Hip. Everybody has been waiting to see what’s next.

“These are still young guys with so much left to say who were rocked by this terrible loss of a friend and band mate. That Gord was ready to make this statement was, to me, a great piece of positive news. I can’t think of a better way of expressing something like that than with songwriting. And singing these songs was deeply personal to him, as are the songs themselves.”

A clear example of that intimacy and candor is found in the soulful, slowly unfurling quasi-ballad “In the Next Life,” which Sinclair describes as the key that unlocked the door to the songwriting process leading up to Taxi Dancers and which contemplates life, death, and whatever awaits on the other side.

“That song just came out of me and encapsulated that feeling of being in my mid-50s and at that stage in life when family and friends and contemporaries, some of them younger, are passing on. At the same time, my sons had a hand in this album” — Elliot Sinclair added keyboards while Colin Sinclair directed and designed the album’s artwork — “and that was an amazing ‘dad’ moment for me.

“Life does go on. As an artist and songwriter, you have to be receptive to things when they come to you and be prepared to follow them down the rabbit hole.”

At the other end of the sonic spectrum is the blistering “Forward March Fight,” a propulsive, fist-shaking Saturday night anthem, complete with feral “woos!” in the chorus, showcasing Sinclair’s inimitable — nah, make that gargantuan — bass playing.

Says John-Angus MacDonald: “Initially, Gord wanted to play acoustic and sing on the bed tracks. I suggested he record the acoustic and the vocals first so he could play bass while we did the bed tracks. He is one of the most creative bass players in the world and if you listen through The Hip’s catalog, there are so many lead basslines. I just knew if we tracked bass over and over it would become a massive feature of the songs, which it did.”

Rounding out Taxi Dancers’ instrumental roster is Trews drummer Chris Gormley; live dates with the Trews alongside McKenty are pending this spring. “It gave me pause to think the weakest member of this band is the lead singer,” Sinclair jokes. His distinctive phrasing is ably abetted on the new record by Trews vocalist Colin MacDonald as well as by John-Angus MacDonald, Hip protégé Emily Fennell, and by Kelly McKenty.

“The whole album felt like a nice big family project,” MacDonald adds. “And I think it was important to Gord that it be a network of family and friends and not a bunch of hired guns.”

“With The Hip, I’d always bring unfinished ideas to the guys and we’d finish them together. That became my habit for the longest time. After 1993 or ‘94, Gord was our one and only lyricist. It would have been pointless to bring something to the guys because that’s not how we were developing our material. We got out of that towards the mid-2000s, when Gord started to solicit finished musical ideas that he could add lyrics to. So I kind of got back into that way of writing, which resulted in a backlog of material. That’s basically where this record came from: leftover ideas I eventually developed and demoed in my home studio.”

Sinclair continues: “As soon as we had Taxi Dancers mixed and mastered, that’s when I felt a sense of catharsis, that this thing was out of my system. I think I would have been upset with myself if I hadn’t taken the opportunity to express these thoughts and write these songs.

“As Gord once said [in the pensive yet show-stopping ‘Flamenco’ from The Hip’s 1996 epic Trouble at the Henhouse], ‘Walk like a matador/don’t be a chicken-shit.’ It’s a great lyric and it’s absolutely true. Sometimes, you just have to get up and do it.” 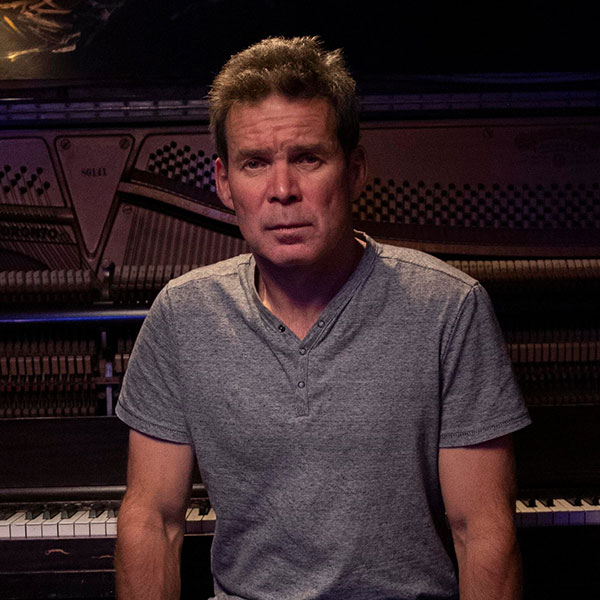