Set for release on Pheromone Recordings on April 14, 2017, Daybreak Over Jackson Street is the keenly-anticipated second album from Steph Cameron.

“This is a monumental, brilliant album… heralds the crowning of a bright new talent,” declared Pop Matters in calling it the #1 Canadian album of 2014.

No Depression termed it “a stunning debut,” while Exclaim! noted that “Sad-Eyed Lonesome Lady delights from start to finish. Steph Cameron is the real deal.” The record also made the coveted Longlist for the prestigious Polaris Prize in 2015.

Look for music scribes to again reach for superlatives to describe Daybreak Over Jackson Street as Steph’s new album navigates subtle changes in stylistic terrain. If the debut felt as if it emerged fully-formed from the bohemian streets of Greenwich Village circa 1963, then the extra maturity of Daybreak gives it more of an early ‘70s Laurel or Topanga Canyon atmosphere.

Like her debut, the album was recorded at elite Toronto studio Revolution Recording with producer Joe Dunphy. It retains the sparse template of her first record – one voice, one guitar, both recorded in intimate fashion and to tape.

Cameron explains there was one change in the recording process this time around. “I asked that we move into a smaller room at Revolution. Sad-Eyed Lonesome Lady was recorded in a very large room, where the sound could develop for miles.”

“In the smaller room I had a stronger presence. The idea was to create a record that sounds as though the songwriter is in the room with the listener. We created a very warm, intimate record that does justice to the truly personal stories captured by these songs.”

For Daybreak Over Jackson Street, Steph had the luxury of being able to choose from a far larger collection of songs than with the debut. “The songs on this record were selected for their depth and maturity. As I develop my craft, storytelling increasingly becomes an opportunity for me to empathize with and express love for struggling people.”

The result is a collection of songs that showcase Steph’s storytelling songwriting style, one that works in perfect tandem with the sparse production style chosen. The themes they explore of love, loss and finding joy when times are rough are universal. What truly rings clear is the authenticity of the human experience that the characters she sings about have been through.

Cameron views songwriting in almost mystical terms. “As a writer I’ve always felt that the song exists somewhere outside of myself and I am just a conduit. I get glimpses of it here and there, until eventually the song reveals itself to me. From there I can just reach up and pull it down.”

Many of these new songs feature a more mature Cameron looking back upon earlier turbulent times. “As I get a bit older I’m able to recall my youth from a different perspective. Many of these songs draw their content from the life and relationships I had in my youth; to people and places, particularly East Vancouver. ”

Steph notes that “some songs are influenced by the political context of our everyday lives.” She describes “Daybreak Over Jackson Street” as a song “about living in an impoverished neighbourhood in an urban setting. That song acknowledges some of the elements of life in a slum.”

A similar locale (East Vancouver) permeates “Richard,” a haunting ode to a troubled comrade left behind – “a hotel is a real sad place for living.”

The great outdoors does appear in “That’s What Love Is,” a lovely and gentle tune featuring a circular guitar pattern and such atmospheric imagery as “late at night when the coyotes call, the dogs whimper and the leaves fall.”

Then there is the fast and breezy “Little Blue Bird,” one “sitting in the snow, staring at the stars dreaming of the railroad cars.”

Cameron’s evocative voice and perceptive lyrics continue to captivate, as does her evolving yet still fluent acoustic guitar work. “I continue to work at the tradition of folk, but old country sounds, particularly guitar, are prominent in this record.” she analyses.

“I feel like my musical influences, artists like John Prine, have really come through here, both in the story-telling and the way my guitar is played.”

Prior to her debut album, Cameron’s performing background was primarily in busking. She acknowledges that “entertaining is entirely different from singing and songwriting. Being a busker for so many years forced me to learn how to captivate people with my music. Busking was my only form of income for most of my life, so there was a lot riding on a good performance and sound.”

That work has paid off, with Steph now emerging as a charming and confident artist in performance.

Cameron is now fully committed to following music wherever it may lead. “Music has given me some structure in my life,” she explains. “This is a new challenge, with many accomplishments already.”

There is daybreak over Steph Cameron’s musical career, and a bright and shining future surely lies ahead. Stay tuned. 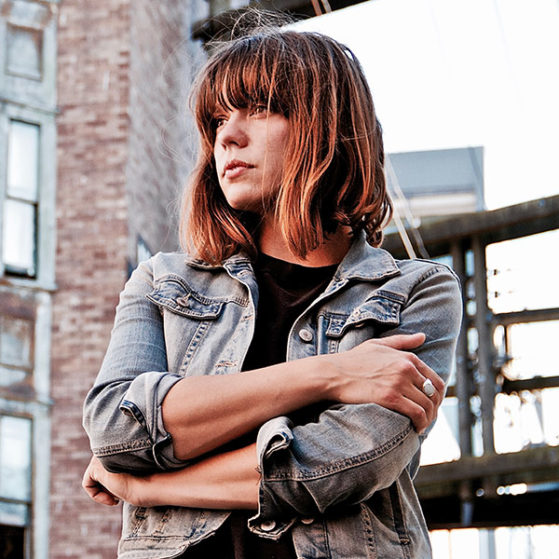